Thank you for visiting the space where I share my passion for living a healthy, sustainable, and conscious lifestyle. I am a certified yoga instructor.
I swear there's a connection to my novels!

"When it gets to having to use violence, then you are playing the systems' game."
~ John Lennon, musician

An emotional roller-coaster set in the San Francisco Bay Area, about a woman, Caryssa Flynn, who uprooted her life when her company transferred her from the Boston tech belt to Silicon Valley and then becomes inspired to make the world a better place after becoming a mother.

What she hadn't expected, was to find how her beloved tech industry's link to Washington DC can be toxic to humanity and the planet... 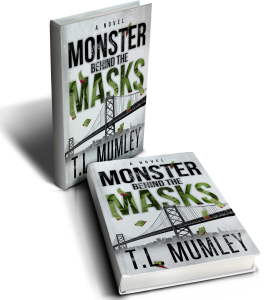 MONSTER BEHIND THE MASKS

Although each can be read as a stand-alone, this is the sequel to MASKS OF MORALITY. The plot thickens after Caryssa and friends discover dark money ubiquitously wrapped around the high-tech sector. An innocent man in NYC is accused of being a terrorist. Another dead dove found with a symbolic message in its blood of how we go after the forever invisible "enemies." Bizarre things are happening in peaceful places.

THE MONEY MASQUERADE
To be released in 2023

Book three veers into a political thriller, taking the reader back in time before Caryssa moved to California and during her Silicon Valley career when she traveled to China and Israel on business. With a courageous and compelling voice, T.L. Mumley deconstructs the geopolitical culture of corporate America and how it keeps us in perpetual war. No nation in constant conflict is one of wellness.

T.L. Mumley (born Teresa Lynn Sullivan) is a former senior marketing analyst. She holds an AS in Fashion Merchandising from Lasell, a BS in Marketing from MCLA, and an MBA from Northeastern University. Most recently, she earned a certificate in Wellness Coaching from IAP Career College and her 250-hour YTT from Aura Wellness Center. She has a twenty-five-year history in high-tech marketing and sales. An optimist at heart, she went on a personal crusade of community service and marketing for the greater good, often in her PJs from her home office.

To spice up a decade of writing marketing content, including articles published in top-tier technology magazines, she aspired to become a novelist with her debut Masks of Morality. The novel has received 5-Star ratings across Amazon, Barnes and Noble, Smashwords, Inkitt, and other sites. The sequel, Monster Behind the Masks, is also available on Amazon.

Reviews from the readers

"Masks of Morality positively influenced my attitude. Good guiding messages for We The People."

“What a thrilling, meaningful, suspenseful, and relevant story! It has all the ingredients. We feel joy, then panic, then fright. We experience a rainbow of emotions. There is suspense in buckets.”

“T.L. Mumley kept me on the edge of my seat and fully engrossed as I turned the pages with sheer excitement. It is incredible how timely and informative Masks of Morality is and I learned so much from a novel, can you believe it, a novel!”

"A page turner! I simply could not put it down. T.L. Mumley tells this eye-opening story in a compelling way."

“Hip San Francisco Bay Area meets the bleak political reality that defines our life. The author pulls this off with preaching, but leaves us asking questions of her excellent characters and ourselves.” 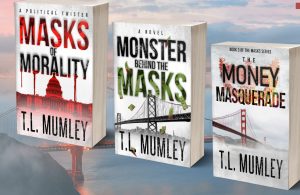 ting The Dots between Corporatism and Global War

"A lie told once remains a lie, but a lie told a thousand times becomes the truth."

"Propaganda works best when those who are being manipulated
are confident they are acting on their own free will."

The German politician Joseph Goebbels, who worked for Hitler, was known for his hints about the lies told to the populace through political media. Hitler had the German people convinced the atrocities he carried out were for the "collective good" of the nation. This is not unlike corporate news in the USA today, extending beyond the ultra-right politicized media criticism. There is an assault on the truth throughout our media outlets, whether liberal or conservative angle. Why?

A small group of five huge corporations owns all our media, so we can question how data is manipulated online, on TV, or in newspapers. These large multinational corporations are war-profiteers, often presenting fiction as a fact to fuel the fires.

IN MASKS OF MORALITY, Caryssa sees firsthand after growing the high-tech corporate ladder how the networking backbone of the global internet was built by a once trustful agency, ARPAnet, that has since gone to the dark side. Her much-loved Silicon Valley and the high-tech industry are rooted in backing from the US Military. This eats at her soul, with the realization the best part of her own career and what tore her three thousand miles away from her loving family feeds into her only fear in life: America's self-destructive war economy and what it means for her child's future---to the future of all generations.

How can a society in perpetual war be one of health and wellness? The truth is; 9/11 never "changed the world." But our forever violent response to it has. It has hurt the mental and physical well-being of ALL our people of all ages more than anything else. We simply don't know it, since it's ubiquitously wrapped around the tech sector behind glittery cliches.

USA's 20+ years of nonstop wars have destroyed our own communities, families, and disrupted the social and emotional fabric of our nation within all socioeconomic corners. One of the most affected demographics includes mothers of teens in America, whose children have had their entire lives consumed by visuals of glorification of our violence abroad, spilling into mass shootings across our nation. It traumatized even mothers and kids nowhere near the violence and living in the most peaceful homes. Even violent video games are causing issues with the mind, body, and soul.

My wellness practice will not focus on the negative effects of the modern war on American society today. Yet I've already had potential clients who are moms of teens concerned with their own overall well-being in their anxiety about their kids' future in a society gone mad because of deep military spending.

We organize modern society into industrial and professional corporations serving as organs of political representation to the people, exercising control over opinions on world happenings. Mind control and manipulation are now done the high-tech way operating as virtual mind police.

Americans and citizens around the world are in a quandary of what they can believe. To come to the defense of that great marvel called the internet which I helped bring to the world, we can't blame it all on technology---we just need to stop using technology as a weapon under the deception of protecting "national security."

There is a hidden force keeping journalists from telling the truth--- even threatening them with their lives if they do.

War has NEVER been about defending, protecting, or advancing "freedom." This is the biggest lie told of all time. Every global military leader has used this lie, including Hitler.

"Mainstream-media political journalism is in danger of becoming irrelevant, but not because of the internet, or even Comedy Central. the threat comes from journalists being afraid to do what journalists were put on this green earth to do...Tell the truth."
---Former Washington Post columnist, Dan Froomkin 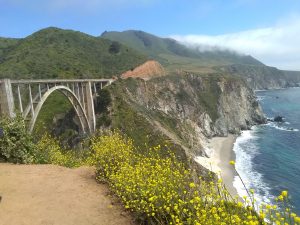