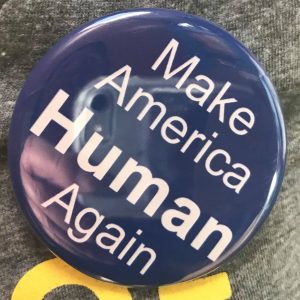 For anyone who has read my novels, they see the basic premise is anti-war. Written in the voice of a mother, my debut, Masks of Morality, begs the question: What is the moral integrity of the USA’s wars in the middle east? My protagonist, Caryssa Flynn, had grown the corporate ladder in Silicon Valley before bringing a child into the world. She had seen firsthand how computer networking technology is so tightly, financially, wrapped around the “defense” sector, and all about money. Technology “power” and arms race to nowhere. This frightens her more than anything else in the world today.

The sequel, Monster Behind the Masks, drills down to the dark money dished out by the CIA and DoD; dark money that goes far beyond election campaigns. The “monster” is the financial web strangling Big Tech. The forever link that Caryssa’s beloved Silicon Valley has to the Pentagon. This is further reiterated in the plot of book three, The Money Masquerade, in which a former coworker of Caryssa’s and tech millionaire, Sean Coleman is shot near to death by top military officials that want his advanced artificial intelligence for their military missions. Masquerade, slated for release in 2021, is a political thriller that takes the reader from Los Altos Hills to Sausalito, San Francisco, and other beautiful Bay Area places, and makes the reader think about what keeps the USA in non-stop wars.

More and more Americans see that our nation simply cannot afford the toll our forever wars are taking on all of us, psychologically, physically, emotionally, spiritually, financially, and in every way possible. As far back as 2003, when my precious child was born, my nation’s “response” to 9/11 disheartened me. I knew back then it would be the start of the USA’s self-inflicted demise. The beginning of an unnecessary build-up of a police-state war economy, spilling out into every problem the USA faces today.

A recent New York Times article titled Americans Demand a Rethinking of the Forever War spells out much of what the plot within my trilogy tries to convey. Read the full article in New York Times here.

If you wish to communicate directly with me regarding this issue and how it pertains to my plot, please drop me an email and I would be happy to respond.